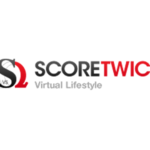 The company:
„S2 Bulgaria“ EAD is an investment company, established in late 2011, by a team that transforms technologies into workable business solutions. Company mission is to develop and implement information systems that facilitate sustainable growth. S2 Bulgaria is devoted to develop high-performance, reliable and successful B2B and B2C solutions.

The Product:
Scoretwice is an innovative platform, combining e‐commerce and mobile payments into a flexible, balanced and secure system, beneficial for all participants – banking institutions, merchants and consumers. The successful implementation of Scoretwice’s business model creates a scalable and feature‐rich commercial environment (both mobile and web), where every merchant can gain access to a new target group with potential clients. On the other hand, these clients have a much better buying power because of the successful integration between Scoretwice and the banks, allowing for them to have secure access to financing. This encourages them to consume, increases the volume of sales, and opens a new market to the merchants that would otherwise not exist.

• To define the success criteria of the system and develop performance tests for all major actions:
– registration, browsing, login as client/merchant/admin, shopping cart purchase, order approvals, shipping handling, etc.
• Find all memory leaks, deadlocks and bottlenecks of the application using load, stress and spike testing methodologies;
• Find and analyze the ”slow SQL queries”, which are causing slow application response;
• To determine the limitations of the system – what is the maximum number of concurrent users, which can be handled by the application;
• To simulate “real” user activity for long period of time;
• Performance tests of the web-server to identify its serving capacity and content delivery;
• In terms of Continuous Integration – To create, schedule and execute sanity loadtests on nightly basis;
• Detailed automated report for every load test execution;
• Detailed analysis, based on the reports and system behavior .

The results:
During the load test we have found several deadlocks and memory leaks, which were causing the crash of the application after certain period.
Also there were some extremely slowly actions, which were refactored and significantly improved.
Because of the SQL query measurements and analysis, all of the slow SQL queries were refactored and optimized.
Due to implemented logic in the code, the application was unable to support more than 50 users simultaneously.
The results of the web-server load test pointed several critical issues, that were causing the crash/ hang out of the application.

After all identified issues were fixed, the results have proved that application is working stable for long time with constant load of 500+ users simultaneously.
Also the server resources (CPU, Memory, Disks I/O and Networks I/O) stayed without peaks or abnormal volume increasing.
After all type of performance tests were executed according to pre-defined “Load Test Plan”, it was confirmed that the system covers the “success criteria” and passed the acceptance.